PAST NEWS by YEAR

Below we provide the West University Neighborhood Association bylaws:

To be entitled to vote on maters submitted to the membership, a Voting Member must be 18 years of age and either be a household or business within the boundaries of the West University Neighborhood. Each Voting Member shall have only one vote.

Only Voting Members shall be entitled to direct written notice of the time and place of membership meetings.

Any member, including a Voting Member, who resigns, fails to pay dues, or whose conduct is, in the opinion of the Board of Directors, prejudicial to the welfare of the Corporation, may be dropped from the membership roll by the Board of Directors, acting in its sole discretion. In addition, any Voting Member who ceases to reside in or own property within the West University Neighborhood shall be dropped as a Voting Member in WUNA and will become an Honorary Member.

A. The presentation of the annual reports by officers.
B. The election of directors.
C. The election and installation of officers.
D. The transaction of such other business as may be brought before the membership.

Additional membership meetings may be called by the Board of Directors or the members having one-tenth (1/10) of the votes entitled to be cast at such a meeting.

A quorum of the membership shall consist of twenty percent (20%) of the Voting Members except for the annual meeting.

ARTICLE II BOARD OF DIRECTORS

Up to five (5) additional directors shall be the persons elected to fill the following offices:

The immediate Past-President shall also be an officer of WUNA.

The remaining directors shall be elected at large by the membership and may include one (1) representative from each of the following organizations:

The representatives of the four (4) organizations need not be Voting Members of WUNA.

Nominations for the directors and officers shall be made from the floor at the annual membership meeting. After all nominations have been made, elections shall be held, and the person receiving the highest number of votes cast for each position shall be elected to that position.3

The Board of Directors shall be fully responsible for the direction and general supervision of all affairs of the Corporation, to include the following:

The Board of Directors shall serve without compensation.

Directors shall serve for a term of one (1) year or until their successors are elected and qualified. A director may be re-elected.

A director who is absent for three (3) consecutive meetings of the Board of Directors shall be deemed automatically to have resigned as director.

There may be, if finances permit, an Executive Director hired by the Board of Directors whose duties are to provide day to day administration and operation of the Corporation pursuant to the policies and procedures of the Corporation.

ARTICLE III MEETINGS OF THE BOARD OF DIRECTORS

The Board of Directors shall hold meetings in February, April, June, September, November and December unless otherwise ordered by the Board of Directors. At these meetings, reports shall be presented and any other necessary business shall be transacted. Meetings shall be held at the same time and place, and in the event of any change, seven (7) days written notice shall be given to each director.

A special meeting of the Board of Directors may be called at any time by the President or upon request of five (5) directors. Notice of the special meeting, stating the time, place and purpose, shall be delivered to each director no later than the day preceding the day appointed for the meeting.

One-third (1/3) of the Board of Directors then serving on the Board shall constitute a quorum for the transaction of business at any meeting of the Board.

Each director shall be entitled to one vote. Unless otherwise stated by these Bylaws, all decisions of the Board of Directors will be made by a majority of those present at any regular or special meeting.

Officers will serve a term of one (1) year or until their successors are elected and qualified. Any two (2) of more offices may be held by the same person except the offices of President and Secretary.

A vacancy occurring in any office between the annual meetings shall be filled by appointment by the President to serve the remainder of the unexpired term, unless otherwise ordered by the Board of Directors.

The President shall have the power to make and execute contracts in the ordinary business of the Corporation or to delegate such powers to the Executive Director.

She/he shall perform all such other duties as are incident to his/her office or as may be assigned by the Board of Directors.

The Treasurer shall have general charge and supervision of the books and financial records of the Corporation. She/he shall present a current financial report of all receipts and disbursements at each monthly meeting of the Board of Directors and at the annual meeting.

The Historian shall prepare and maintain a permanent record of all pertinent items of interest, publicity and history of WUNA.

All records and documents prepared, kept or maintained by any officer of WUNA in the performance of official duties shall become and remain the property of the Corporation.

ARTICLE V COMMITTEES OF THE BOARD OF DIRECTORS

The Board of Directors may have eight (8) standing committees.

There may be an Events Committee of not less than two (2) persons appointed by the President. The Chairperson shall be selected by the committee from amongst its members. Its duties shall be to organize, facilitate and oversee events such as the Home Tour that are conducted by the neighborhood association.

There may be a Business Committee of not less than two (2) persons appointed by the President. The Chairperson shall be selected by the committee from amongst its members. Its duties shall be to formulate job descriptions and evaluation criteria for employees of the neighborhood association, interview candidates for employment and make recommendations to the Board of Directors as necessary, prepare and review policies and procedures, and oversee business functions of the neighborhood association, including the budget and financial records.

There may be a Crime Prevention Committee of not less than two (2) persons appointed by the President. The Chairperson shall be selected by the committee from amongst its members. Its duties shall be to initiate and implement neighborhood crime prevention programs such as the Neighborhood Watch Program and to work closely with the Tucson Police Department and other community resources to develop ways and means to reduce or prevent crime within the neighborhood.

There may be a Traffic Control Committee of not less than two (2) persons appointed by the President. The Chairperson shall be selected by the committee from amongst its members. Its duties shall be to study different traffic options for the neighborhood, make recommendations to the Board of Directors regarding traffic options, and work with the Tucson Transportation Department in implementing decisions made by the Board of Directors.

There may be a Development Committee of not less than two (2) persons appointed by the president. The Chairperson shall be selected by the committee from amongst its members. Its duties shall be to study proposed development plans and overlays for the neighborhood, make recommendations to the Board of Directors regarding development issues and plans, and work with Developers, Property owners, Neighbors and the City of Tucson in implementing decisions made by the Board of Directors.

The fiscal year shall begin the first day of July of each year.

These Bylaws may be amended at any meeting of the Board of directors by a majority vote of the directors present, provided that written notice of the proposed amendment shall be mailed to each director at least twenty-five (25) days prior to the date of the meeting at which the amendment is to be considered, or they may be amended by a two-thirds (2/3) vote of the Board of Directors at a regular monthly meeting provided a quorum is present.

If any part of the Charter and Bylaws or the application thereof is hereafter held invalid or unenforceable, the remainder shall not be affected thereby, and only the affected portions are declared eliminated.

No officer, representative, spokesperson or member shall have any financial liability for the Corporation.

Robert’s Rules of Order (Revised) shall be the parliamentary authority for all maters of procedure not specifically covered by these bylaws. 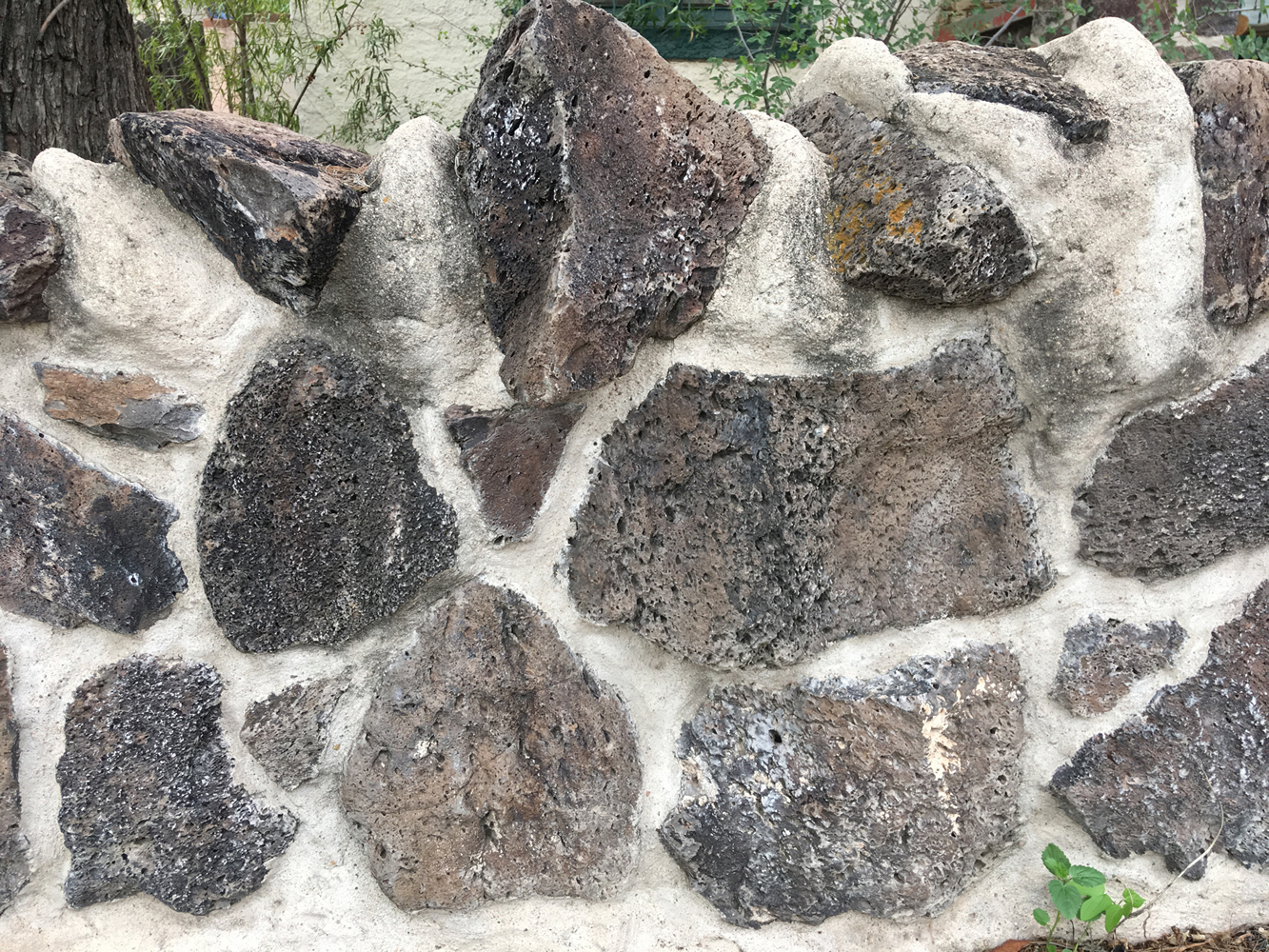