PAST NEWS by YEAR 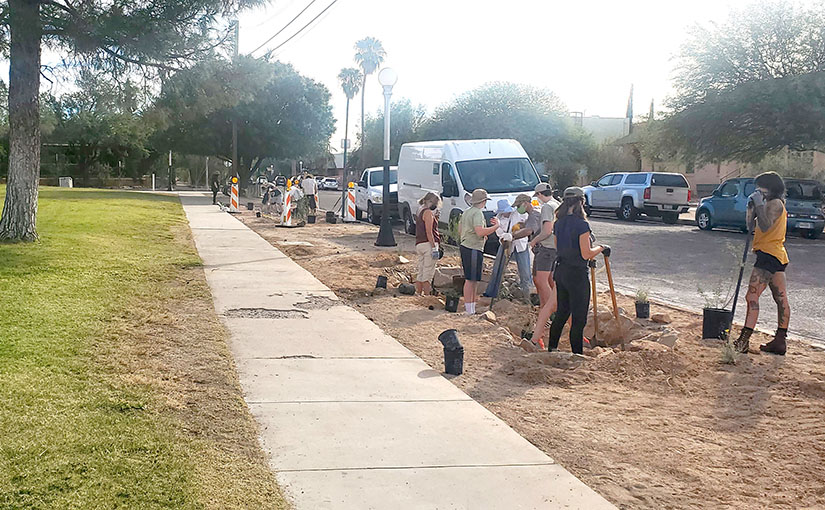 On a fallish October 25, a pleasant Sunday, with temps in the 80s, WUNA and friends planted our Catalina Park with everything from penstemon to mesquites, along with milkweed, dogweed, and deer grass.

About 30 volunteers from West University, along with Feldman’s and Dunbar Spring neighborhoods, gathered to help the experts from Tucson Clean and Beautiful plant the drainage swales dug to collect rain, when, and if, we ever get any. This was the culmination of a grant WUNA President Judy Sensibar wrote about a year ago applying for water harvesting project funding.

Jon Choi, the Stormwater Harvesting Project Manager at TCB, who led the team in drawing up the plans, including curb cuts for the south side of the park, gave credit to his group and to Parks and Recreation generally, all under the grant that supported seven city staff to lead the effort.

The plants will be watered by black poly tubing linked to the city water system in the park.

“It was really nice to see the community work together to plant new low water trees,” said Rebecca Johnstone, the Stormwater Harvesting Project Designer for this project. “It’s our goal to turn the city water off when we can and let it all survive on the rain that the curb cuts will collect.”

Rebecca was planting a screwbean mesquite on the south side of the park. She took a break to explain that the city allows $45,000 in grant funds per City Council ward per year. Sensibar, along with Adam Milnor and Matt Williams, approached Steve Kozachik, councilman for Ward 6, to ask about the grant and his support to allocate funds for the park.

The trees and other plants came from the Pima County Native Plant Nursery and the Nighthawk Natives Nursery in Avra Valley. The rock work was done by Desert Living Inc., with design by Iylea Olson, who has a master’s in landscape architecture and is co-owner of Desert Living.

Sophia Angkasa, the Business Manager for Tucson Clean and Beautiful, was helping put all the tubing underground, working alongside Jenny Moscato, a New Mexico transplant and another of TCB’s project managers. 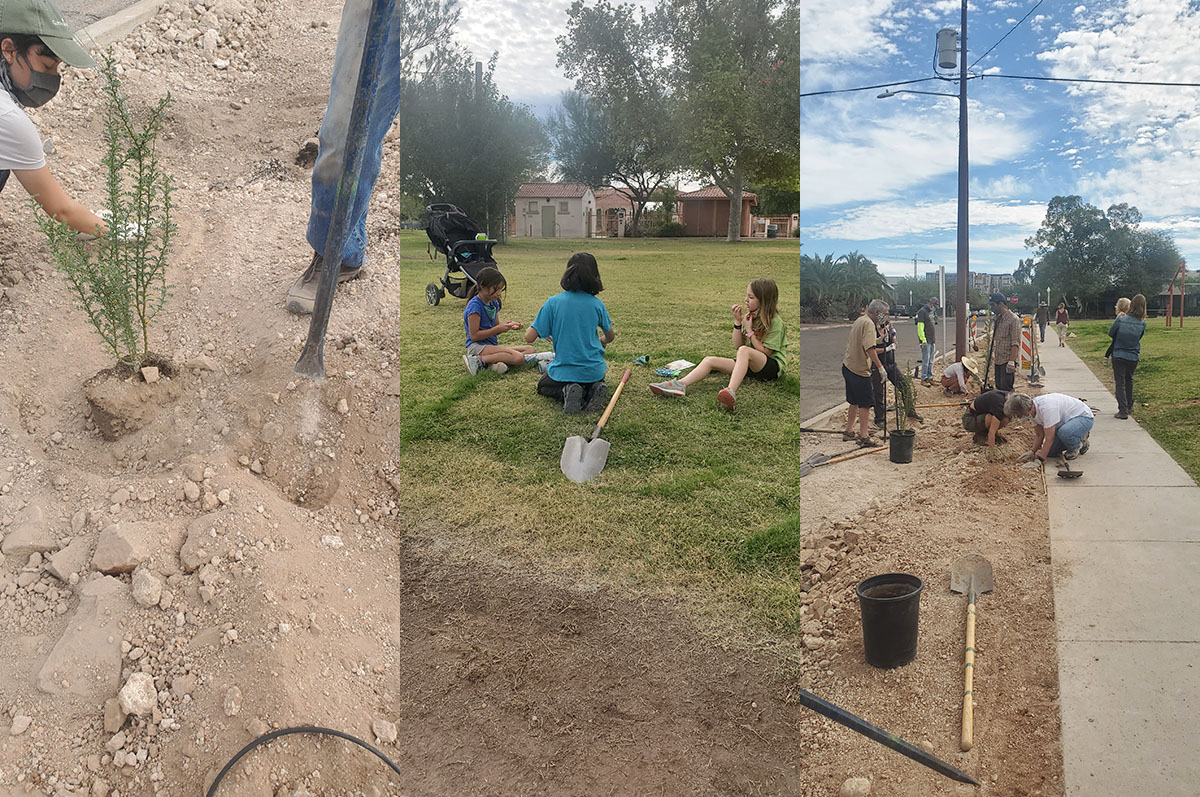 Among the youths on hand was Tristan Maldonado, an intern from Rincon High School and a Tucson native. “I came by to help make Tucson more beautiful, to add shades trees that will keep the area from overheating and deal with carbon dioxide and supply oxygen,” he said.

Two architects living outside the WU neighborhood who saw the post on Next Door, Sarah Brausch and Andrew Christopher, quickly learned the secrets of planting several varieties of agave. They’d graduated from the same program as a few of the city staff at TCB.

Three children dropped by from Feldman’s to help. They were Anand, a 7th grader at Satori School, his sister Aditi, in 4th grade there and their younger sister. They had lived in West University at the Sitting Tree Community, a cohousing site just west of the park.

One WUNA friend, Cindy Doklan, a New Jersey transplant, walked across the street to join in. She lives across from the old Fire House on Fourth Avenue. “This is my backyard,” she said.

Her neighbors, Jeff Thomas and Adrienne Parry, spent the whole morning digging and planting and getting to know the crowd, including Gary Opper, a “semi-retired schoolteacher,” who got the email invitation from Treasurer Jim Glock and said “yes,” as did many of us.

Holly Bryant, a dietician at El Rio and a returned Peace Corps volunteer, walked over from Feldman’s neighborhood to help plant some ironwoods and willows.

Jeanne Downen showed up in a classic WUNA historic area T-shirt and worked the whole morning alongside Hayley Kisiel, a registered nurse and soon to be a midwife. “It’s a great project,” Jeanne said. “I appreciate what WUNA has done for our park.”

WUNA member Lisette DeMars agreed. “This was really awesome,” she said, “seeing the city and WUNA work together like this.”
A surprise to all was the cow’s tongue prickly pear plants. They mysteriously showed up overnight after the curb cuts were done. “I think they were left over from our plant swap two Sundays ago and someone guerrilla planted them,” said Sensibar. 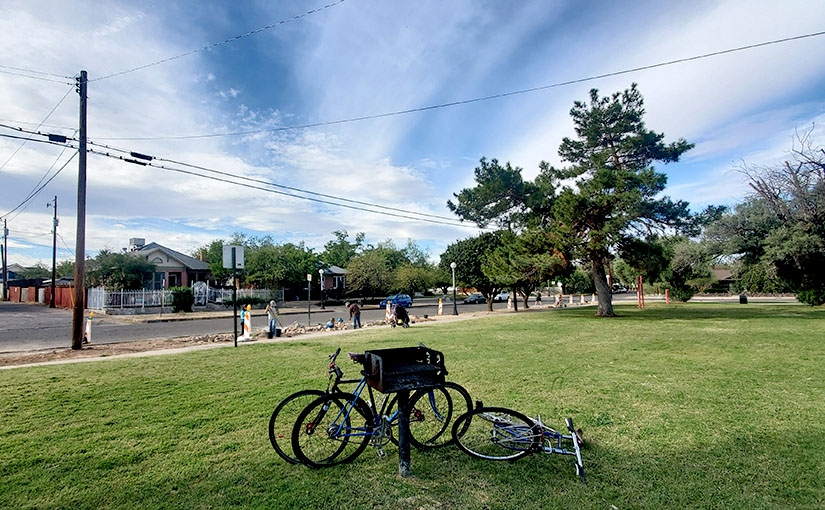